Viliya Minovska, aka ViVine, is a fire and Sama dancer, stilts artist, and physical theatre artist, originally from Bulgaria and based in Leipzig, Germany.
She carries a bachelor of arts in theatre, and she used to work as a theatre critic and a radio journalist. For the last nine years, she has performed in various theatrical productions and shows in Bulgaria and Germany. She has taken part in many social projects as a circus pedagogue. ViVine is the co-founder of StreetBikeTheatre and Show&Spektakel. Her performance is influenced and inspired by object manipulation and contemporary circus, dance, and physical theatre, Michael Chekhov's acting technique, as well as clowning. She has received an artistic scholarship from the Saxony cultural foundation for the performative research “WhirlDream” involving her Sama dance which was as well presented during the touring street theatre project “Panopticon – the cultural Piepschau” by her and clown Tomtom, funded by Fonds performing arts in Germany. Her performance is immensely influenced by the work of Kokyu Studio, part of Grotowski Institute, Wroclaw, Poland, where she graduated several theatrical programs. ViVine is interested in ritual, spiritual and movement-oriented practices as a source of inspiration for her stage acting.
2022 she started leading regular physical trainings for individuals or small groups, as well as a freelance collaboration with Oakleaf Streetshow and Circus Dobbelino. Also performing for Flying Carpet festival, Mardin, Turkey 2022 and Vault festival, London, UK 2023. 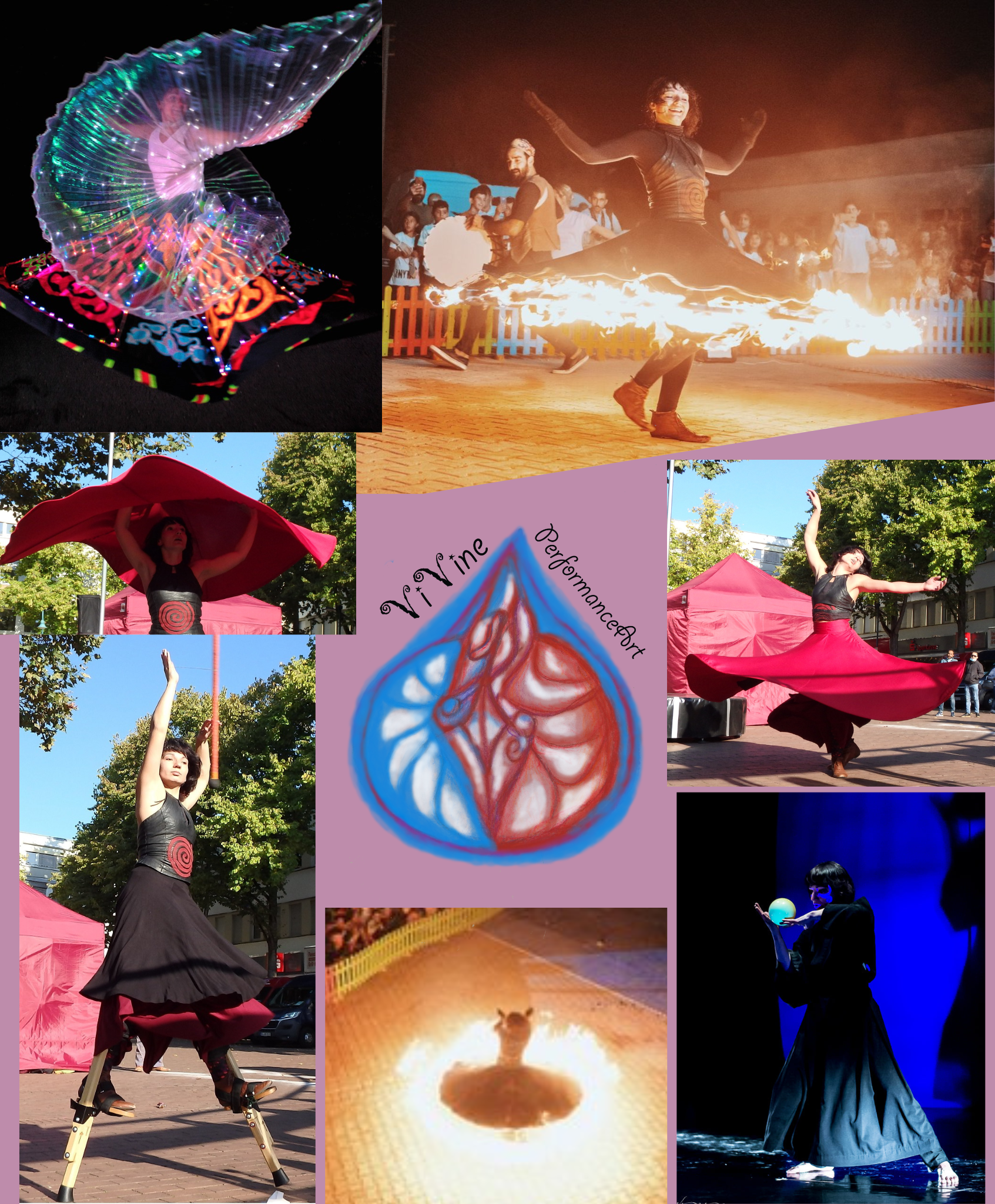